Those of you who follow my blog and my recent travels, know that I have a soft spot for Portugal in general, and Lisbon in particular. For the last three years I’ve been visiting Lisbon six times already and shot hotels, restaurants and street scenes for various magazines.

From an outsider point of view, and as a photographer, it is great to see how the city has changed through these year.

The city is buzzing with tourists, the cafe’s are packed with people, new wine boutiques, boutique hotels, trendy restaurants, chefs’ restaurants, colorful tik-tok taxies, yellow trams riding back and forth the historic route of Lisbon. Even the sardines smell better. I call it The Revival of the City.

When Virtuoso magazine has asked me to shoot ‘Lisbon Tasty Renaissance’ a food story about Lisbon, I said Yes right away. Especially since the Portuguese kitchen is one of my favorite.

I was lucky to shoot some of the top chefs in Lisbon, such as Jose Avillez and Joao Rodrigues, who both won a Michelin star. I also shot the new Mercado da Riberia and some other great restaurants and bars. It was a great way to discover Lisbon through the food.

You can download the full article here, or scroll down for some highlights and addresses from the article, for your next travel in Lisbon.

Start your exploration of the Mercado da Ribeira by nibbling on petiscos, the Portuguese equivalent of Spanish tapas, a tradition of small bites that is rising in popularity in Lisbon. These might be a vinegary octopus salad, fried green beans, or local cheeses. Sip wild cherry liqueur and eat a prego, or steak sandwich, served on soft, circular bolo do caco bread. Sample bites of cured ham and sausage, sourdough acorn bread, and creamy cinnamon gelato from Santini, and make sure to buy a small bottle of local piri piri chili oil. With around 30 stalls, you can easily wander and try whatever looks good. One of the best souvenirs is inexpensive but high-quality tinned fish at the Conserveira de Lisboa outpost. For kitchenware and other Portuguese-made finds, browse the shelves of local favorite A Vida Portuguesa. Rua Anchieta 11. 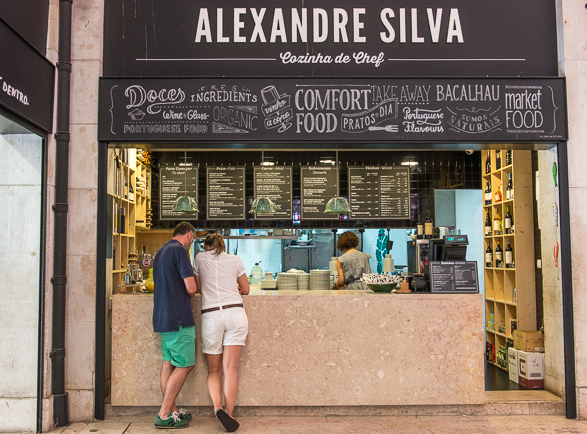 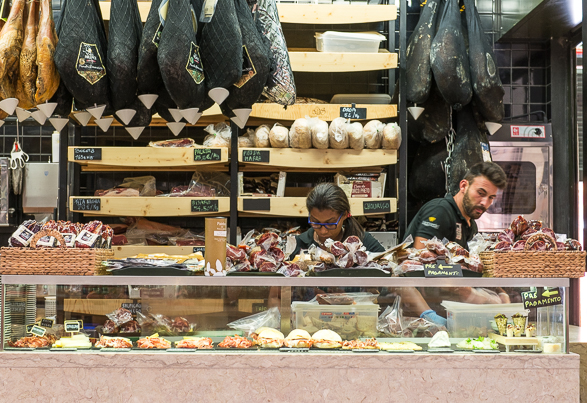 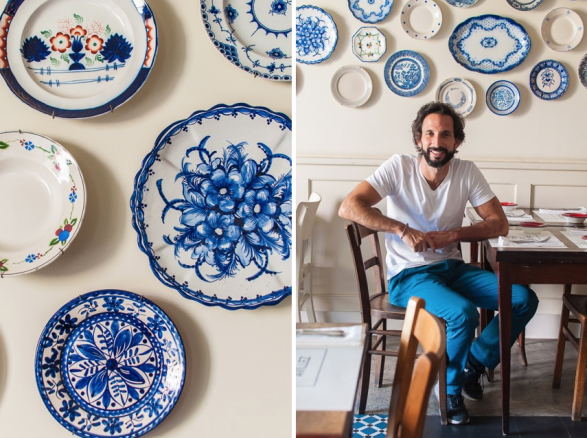 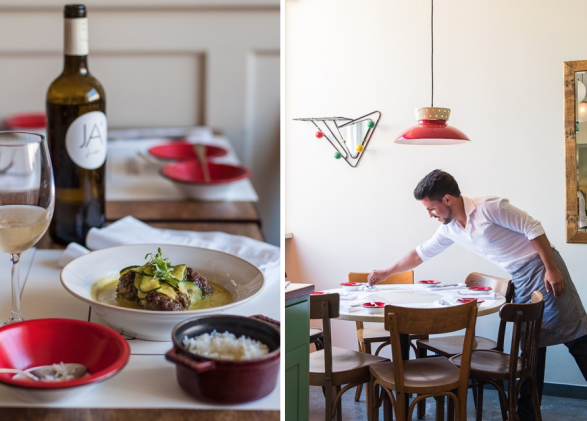 If you’re feeling daring, call one-Michelin-starred Feitoria Restaurante & Wine Bar 48 hours in advance to book the “creative menu,” which leaves you in the hands of chef João Rodrigues’ whimsy, tailored to your preferences, such as a secret spin on Algarve shrimp or Angus sirloin. Located in riverfront Belém, Feitoria evokes Portuguese gastronomic history and traditions with its tasting menus. Doca do Bom Sucesso; 351-21/040-0207. 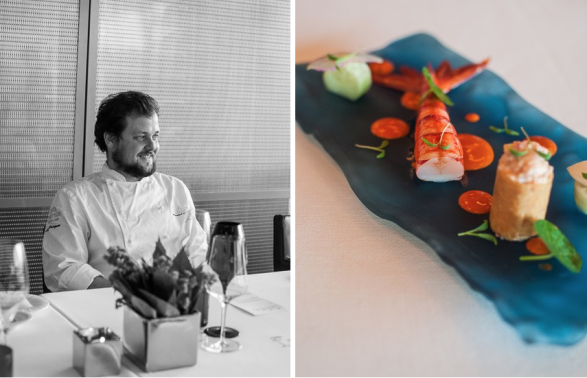 The latest restaurant to join the inter-national cuisine trend is A Cevicheria, a Peruvian spot by chef Kiko Martins specializing in ceviches. End the meal on a sweet note with the dulce de leche piña colada dessert. They don’t take reservations, so show up around 7 pm, before the dinner rush. Rua Dom Pedro V 129; 351-21/803-8815. 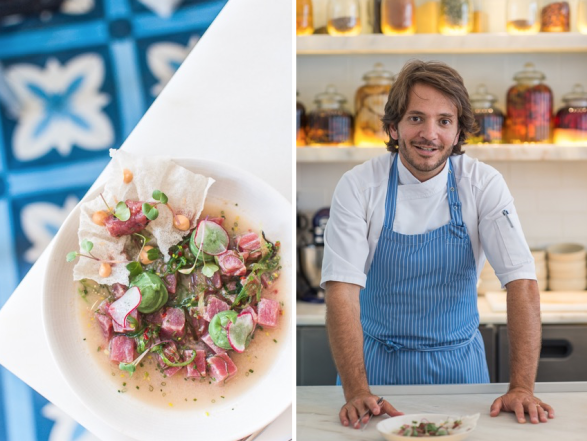 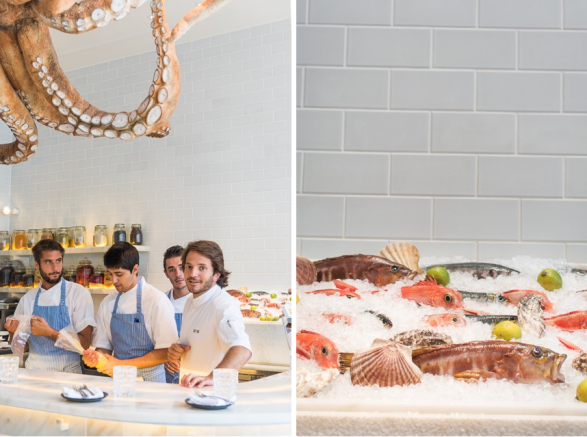 In an intimate sliver of a space in the bohemian Bairro Alto district, 100 Maneiras welcomes guests with a warm interior and an adventurous tasting menu (there is no à la carte menu). Well-known chef Ljubomir Stanisic shows off his quirky personality in dishes such as poached eggs with truffles and corn-bread “sand,” and dehydrated codfish with coriander oil. Rua do Teixeira 35; 351-91/030-7575. 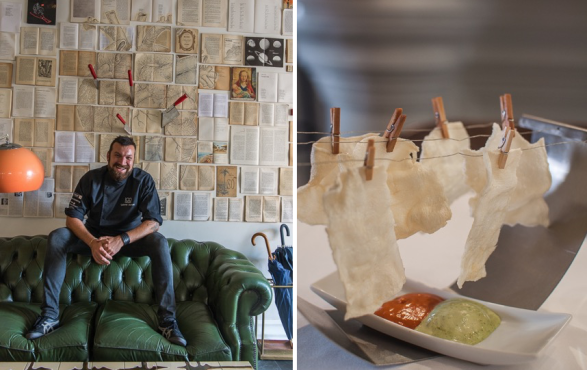 Opened by one of Portugal’s oldest and most highly respected wine producers, lively By the Wine José Maria da Fonseca bar in Chiado serves even the most expensive vinhos by the glass in a space that resembles a futuristic subway tunnel. Small snacks include local cheeses, mussels, and a fantastic sirloin prego on bread from the Algarve region. Rua das Flores 41-43; 351-21/342-0319. 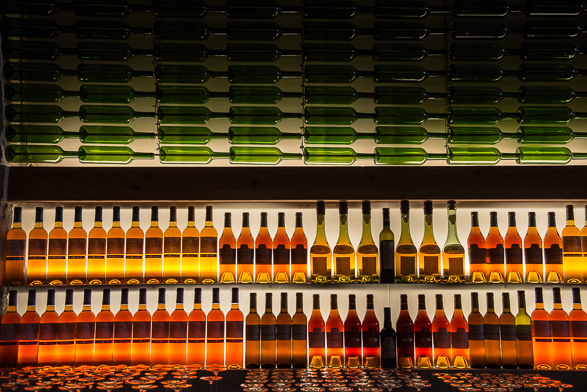 You could linger for hours at bright and airy Choupana Caffé, a local favorite and a welcome change from the red velvet and dark wood of the city center’s old European coffeehouses. Create your own treat at the organic yogurt bar for breakfast, or try Choupana’s crisp salads, homemade soups, and hot sandwiches for lunch. Avenida da República 25A; 351-21/357-0140. 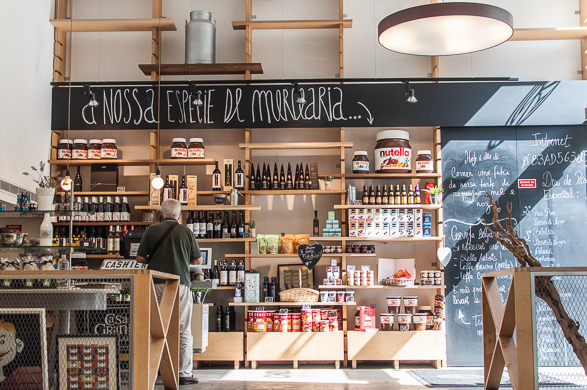 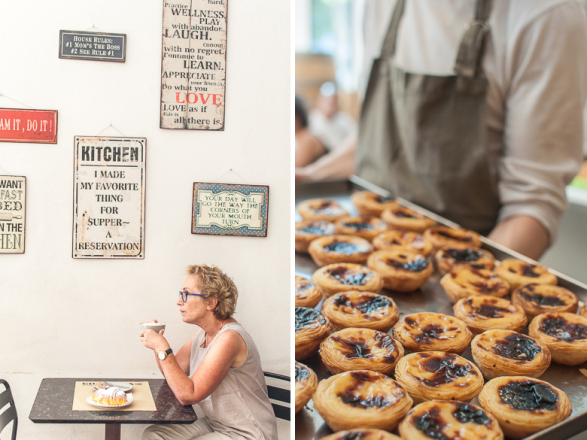 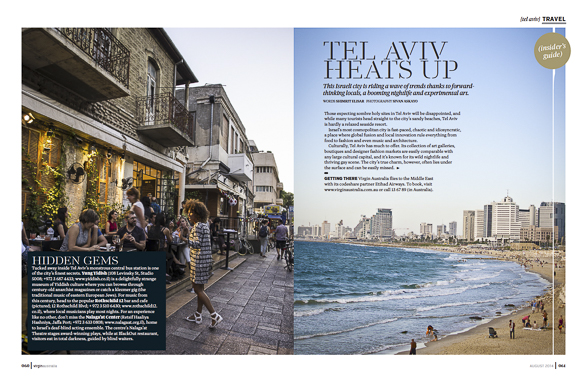 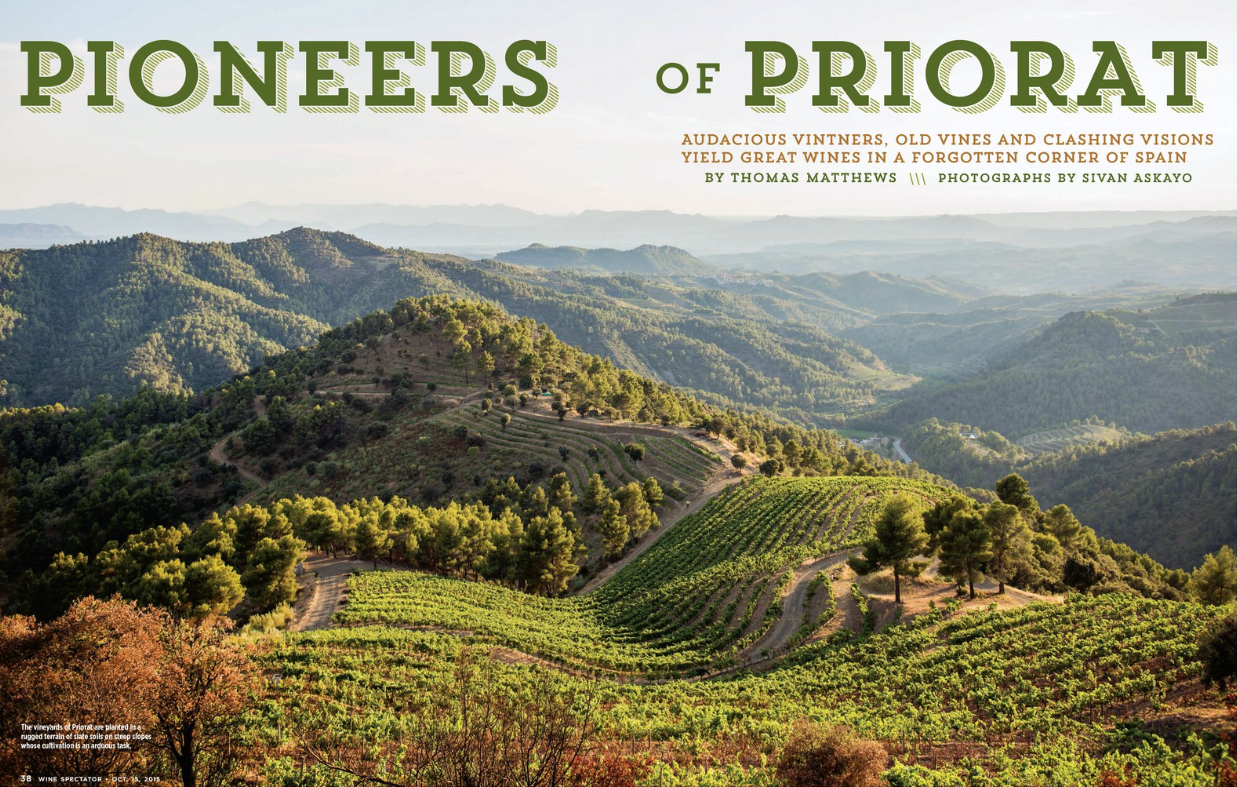