Fred Le Chevalier; A Summary of Events and Emotions in Paris 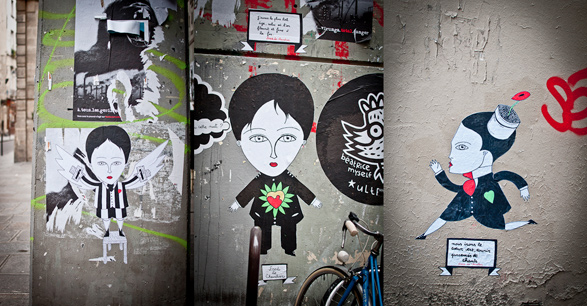 I’ve been following Fred Le Chevalier for a few months now. I took a random picture of one of his characters in a previous visit to Paris and since then I got hooked. I started following him on his facebook page, just to realize how active he is and how the characters which he pastes on the walls of Paris (and recently Berlin) are cute and quirky at the same time. So I was very happy when Fred has agreed that I join him in one of his walks in Paris one afternoon of early June.

Here are a few facts about Fred Le Chevalier that you didn’t know:

* Le Chevalier is not his real name. It is just a nick name which means ‘The Knight’ in French

* He pastes his characters during day time

* He started drawing six years ago but he has been sticking and pasting the characters on the walls, only for the last three years

* He claims to have two different lives

* He has a few favorite walls to put his Art on: Namely in Montmartre, and in Rue Saint Merri around Centre Pompidou

* He sometimes tries to paste the character close to where his friends live, as a personal present

Thanks Fred for having me around! 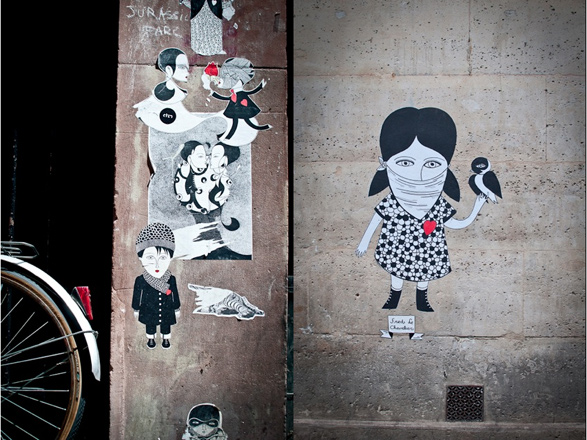 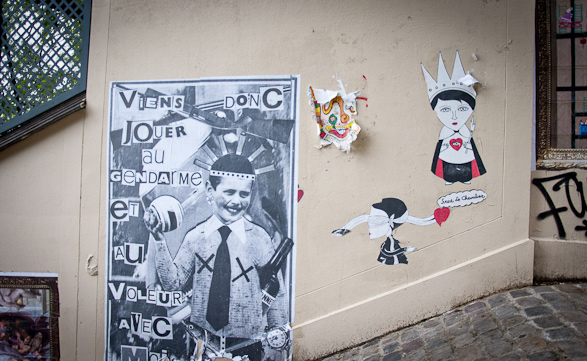 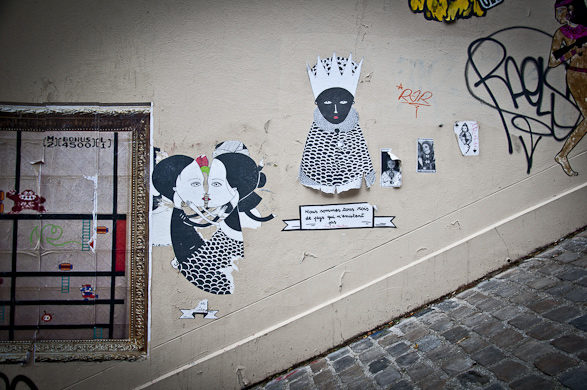 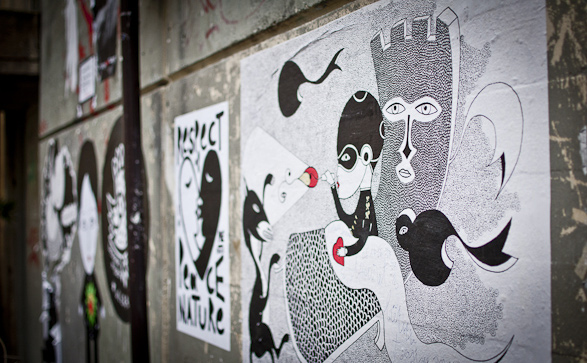 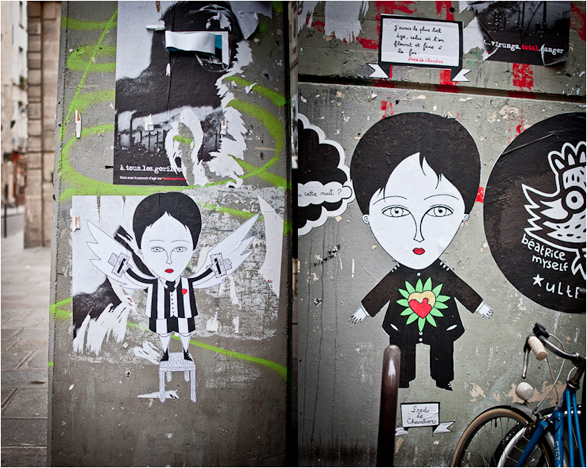 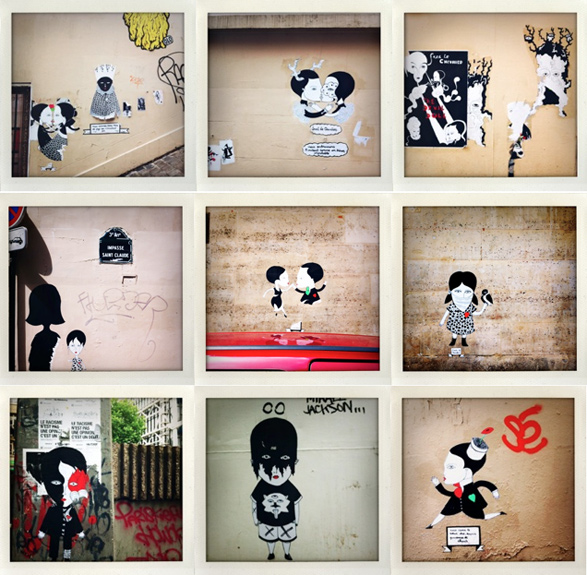 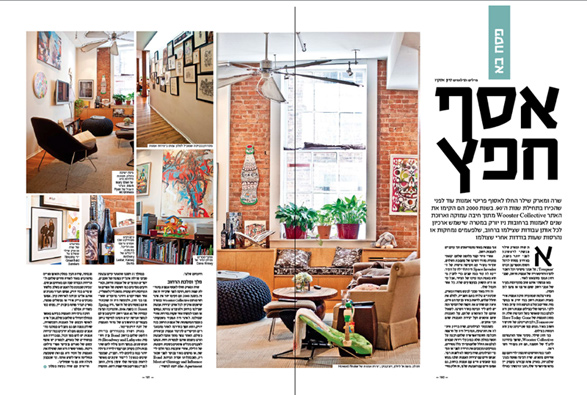 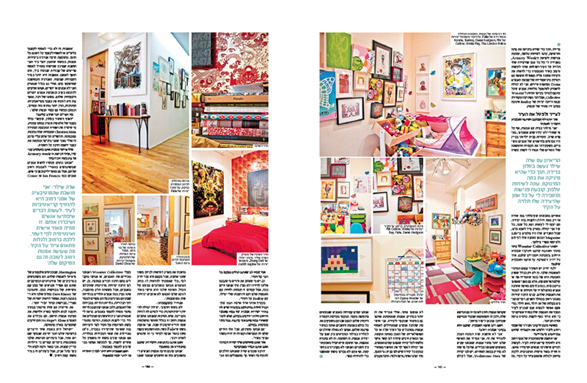 I am really excited to be featured in one of my favorite online Interactive magazines in Israel. This is a short article/interview with me for Zooz Interactive Magazine, Issue 8, in which I am talking about what inspires me in New York, the city I live and create in, and what ‘moves’ me forward. Obviously, Street Art.

I also mentioned a great video clip which inspires me every time I watch it. ‘The Beat of New York‘ by Tim Hahne. 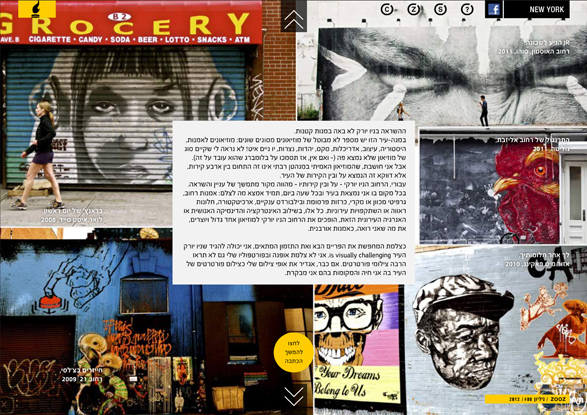 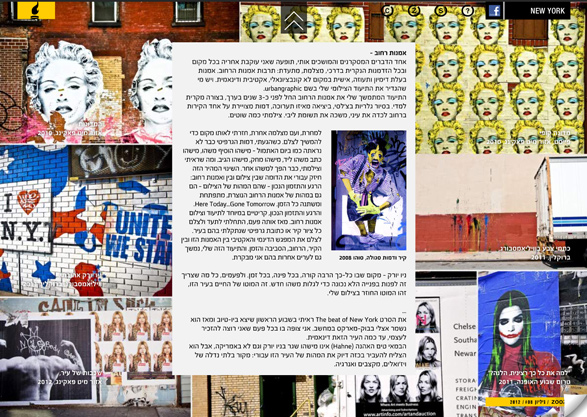 I’m really excited to be featured in one of the most innovative, cutting edge interactive magazines in Israel and talk about my photography and my love of Street Art in the streets of New York City (p.18-19)

Issue no.8 is all about global cities in the World and the Art scene in them. Make sure to click on the link and turn on the volume. It’s an audio visual experience. 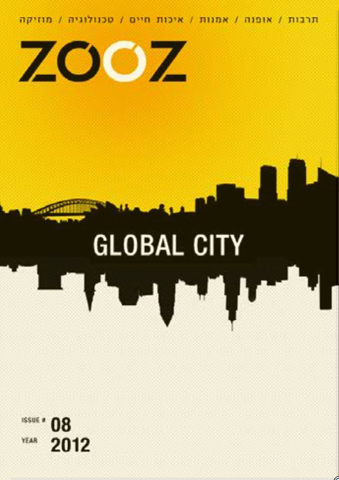 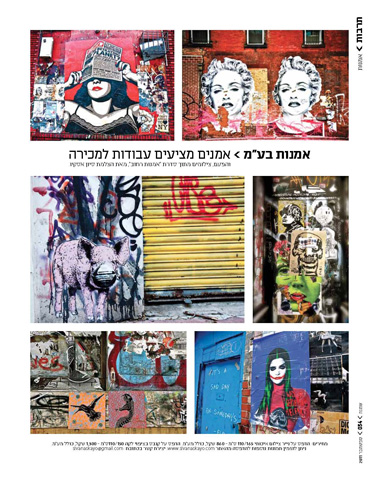