It is quite impossible to sum up a full year in one post or in a few pictures. I’m sure a lot of things that happened I don’t even remember and there are few things I want to forget.

For me, the New Year is always filled with a sense of anticipation but mostly curiosity, followed by a constant obsessed reading of the yearly horoscope’s predictions that I tend to compare from different sources. Looking back at the predictions of 2012, I can’t say my horoscope was right or wrong, vague or clear. It was what it was, and I did what I did. (It doesn’t mean I will stop reading my yearly horoscope predictions for the next year) and yet, 2012 was quite an interesting and a challenging year.

But if I DO need to sum up this year somehow, then I will say that 2012 was the year of Places and People. After all, it is the people you meet through your journeys to make them memorable.

I have travelled to Vietnam in February, a country I’ve always wanted to visit.

An article I read about the Vietnamese food and an image of the lanterns festival I saw in a Nikon magazine, made me book a flight in a short notice and plan my trip by talking to Juliette, my friend, who used to live in Hanoi few years ago and talking to my friend Meirav, who was convinced I can get great images for my portfolio.

As much as I didn’t plan my trip, one thing was planned for sure; I wanted to be in HoiAn on February 5th for the first full moon of the New Year. It was one of the most beautiful ceremonies I have ever seen to welcome the New Year in Vietnam, and if you ever plan a trip there, you should definitely consider it. In Vietnam I was exposed to great street food, even though there were places I couldn’t believe I would eat there, and yet, I survived it and the food was delicious. I met some interesting people, some were travelers like me, I took a midnight train from Hanoi to Sapa, just to realize Sapa was so cloudy and foggy. I got so antsy and impatient to go back that I’ve decided to take a midnight train back on the same day. I was exposed to the un-explained rhythm of the scooters and motorcycles, drank a lot of condense milk (just to realize afterwards how fatty it was) and most important, took tons of pictures. 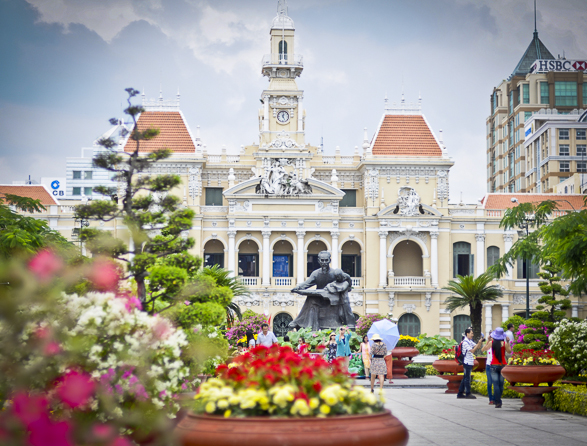 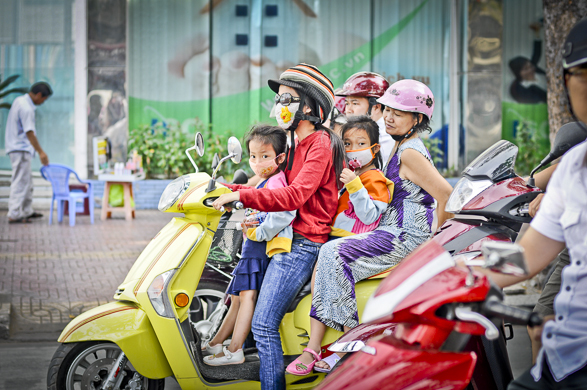 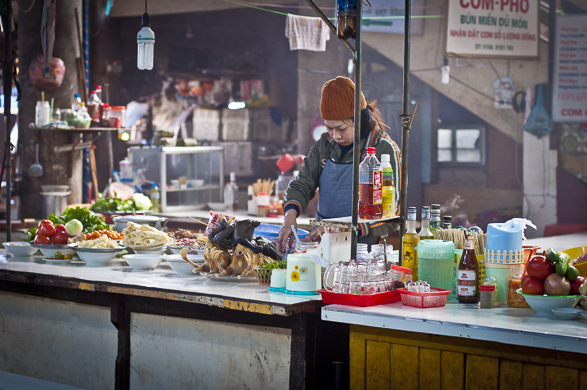 After Vietnam, on my way back to New York, I had a stop over in Tokyo.

At first, I was supposed to stay in Tokyo only for a 10 hours time in between flights, but Alfredo, one of my close friends who used to live there for few months, encouraged me to stay longer ‘because if you are already in the area…why not to stay?’ He was so right! I was in Tokyo for 72 hours and slept only four hours a night. Tokyo was like a dream come true. Like New York but on Steroids.

As much as Tokyo is crowded and massive and, obviously, I saw only the tip of it, serendipity took a place and led me to have some really great experiences. I was shooting two! articles in three days, and a random conversation with a local fashionista, got me into the hard core of the fashion scene in Tokyo. Never imagined I will do so much in such a short time. To balance out the craziness of this city, Meri, a Japanese friend who I met online and finally got the chance to meet in person, took me to a high-end tea ceremony in Ginza. Even though I didn’t understand a word, I was having the time of my life. 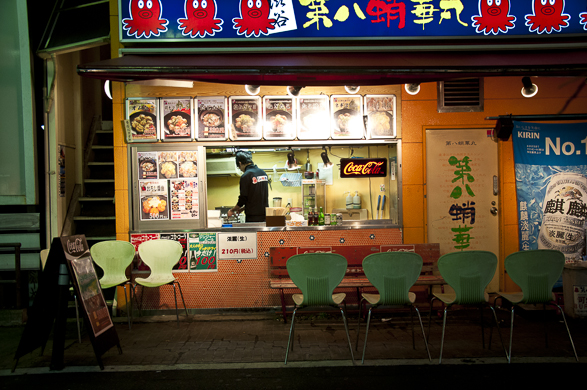 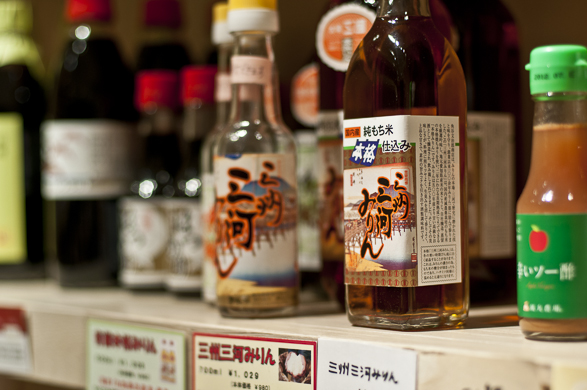 This year I have been to Paris three times!!!

Combining business and pleasure, Paris is becoming one of my most favorite cities (after Manhattan, of course) a city I aim to live in for a few months and experience the ‘La Vie en Rose’. Whenever I have the opportunity, I will go to Paris. Even if it is for a short while. Three times in Paris this year, I had the opportunity to live like a local in different arrondissements and experience the city in so many different ways.

In March I was staying in Montparnasse. I was writing and shooting an article about the design scene in Paris and thanks to some insider information from my friend Anne, who lives in Paris and blogs about it, I got to shoot some new locations, a beautiful Philip Starck’s hotel and some great concept stores.

In June I traveled to Paris mostly to celebrate my birthday in the city of lights but also to shoot some great Parisian apartments. My sister came from Tel Aviv and I came from New York and we met right in the heart of the city, in one of the trendiest neighborhoods in Paris; the Northern Marais (NoMa). Even though it rained on my birthday, that day was very special and an eye opener. During my week in Paris, I met so many new people (some became really dear to me) I met and followed one of my favorite Street Artist and participated in a real French Cooking class.

In October I visited Paris again. This time it was a way different experience than what I knew before. I was invited by Tonya to document with my camera a group of great women who came to Paris to learn how to French Kiss their lives and fall in love with themselves again. Where else if not in Paris, will your senses be alerted and awaken? During this visit I’ve stayed in the high-end 16th arrondissement where I could see the Eifel tower glittering through the living-room’s window and the Arc de Triumph on my way to the Metro station. I was exposed to great restaurants (eight-course dinner, for example) learned some fashion secrets from a real Parisian stylist and finally understood what behind a great perfumes and scents.

These Paris’ glimpses were also a great opportunities to finally meet the people I knew from the online world in reality. (Greg, Ben, Lindsey, Daniel, Gale, Yetunde, Eric and Chef Constance to name a few) Even though these glimpses were short, I am so grateful for these opportunities. 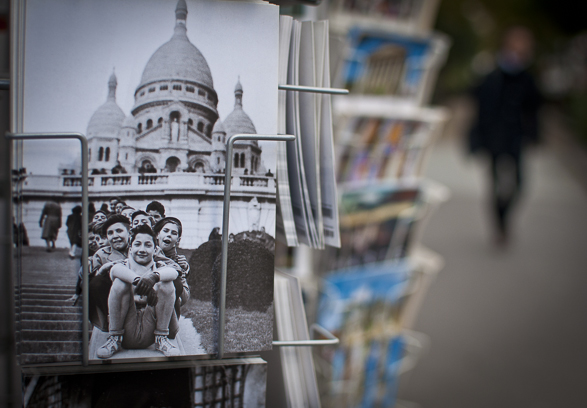 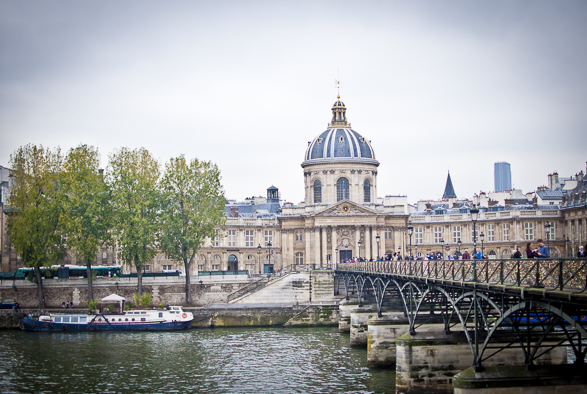 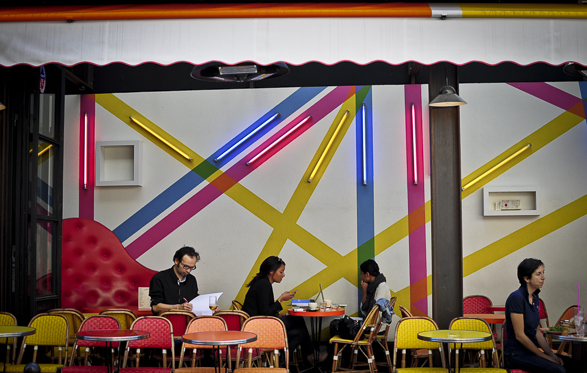 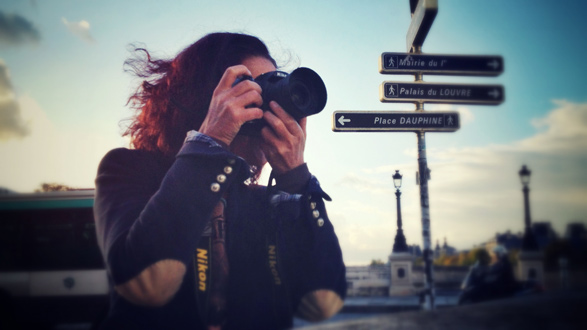 In June I also visited Lisbon for the first time.

I’ve always wanted to visit this city and I can’t pinpoint exactly on the reason. Curiosity for sure. I’ve stayed 48 hours in Lisbon and did so much. I let serendipity play its tricks again and a random turn led me to discover one of the most beautiful castles in Lisbon, write an article about it and become friends with its owner. I traveled to Lisbon with zero expectations but discovered so much. A recommendation from a hotel manager to visit Pharmacia, one of the trendiest restaurants in the city, grabbed my interest to find this place and shoot it. It granted me my debut picture in Travel +Leisure Magazine on November and a private tour by one of the restaurant owners. 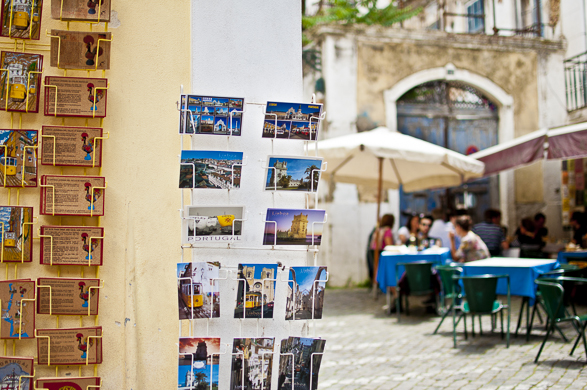 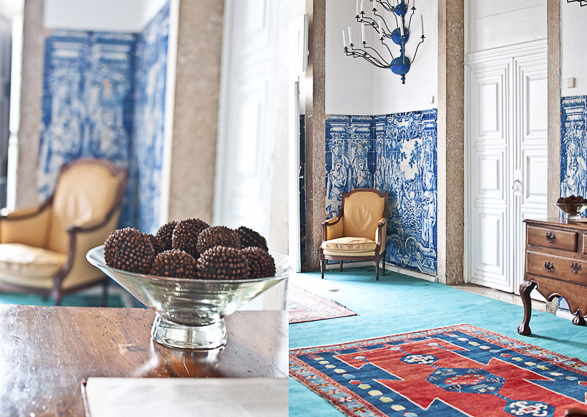 And then in September a stop over in Rome, the Eternal City.

I haven’t been to Rome for over five years as I was quite reluctant that some nostalgic moments will get over me. But this current trip to Rome eventually was a closing circle of the past. I met with my Italian friend and colleague Peter and we scrolled the streets of beautiful Trastevere (how did I miss this neighborhood in my previous visit?) and for a second I felt like a character in Woody Allen’s movie ‘To Rome with Love’. I stayed in a great vintage hotel just in the smack of the Colosseum area and yes…I became friends with the owner as well. 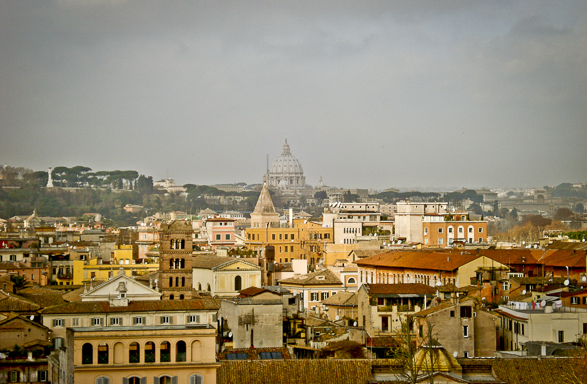 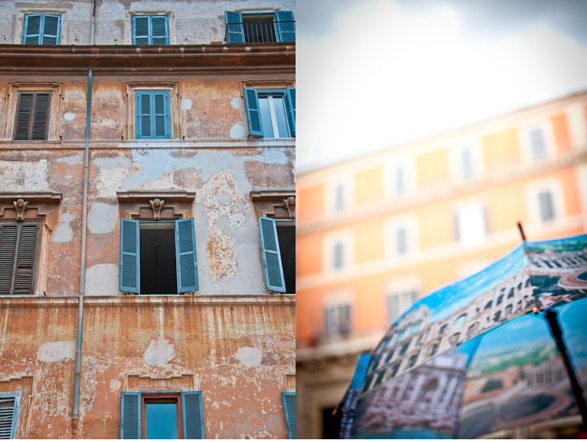 But the highlight of my Italian jump (beside missing my suitcase for most of my stay) was a day in Naples.

I admit. I swore to go to Naples in my next opportunity I visit Italy again and so it happened in September. My main goal was to shoot laundry for my on going photography project ‘Intimacy under the Wires’ but my private tour guide Marina, showed me so much of this ambiguous city that one day was surely not enough and left me with a desire to visit this city again. 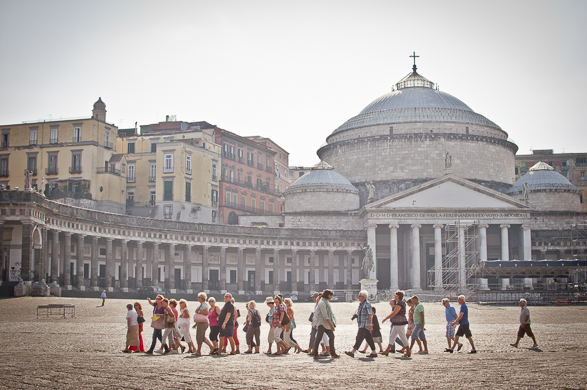 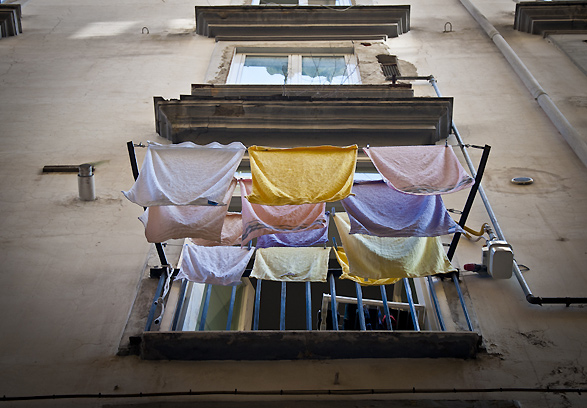 In between, I’ve spent some time in Tel Aviv.

Even though I am an Israeli, I still can’t call myself a local in Tel Aviv. Spending my recent years in New York and spending the holidays in Tel Aviv still doesn’t grant me that title. Not yet. I enjoy being a semi-tourist in Tel Aviv. Let my friends guide me. Show me new places, recommend me on some great restaurants and even take me for a graffiti tour around. Don’t get me wrong. I am not a stranger in Tel Aviv, but these little discoveries make my stay a little bit more enjoyable. This year I had the honor to have my picture featured on the cover of Hemisphere Travel Magazine and a four-double spread feature in Resource Magazine, in case you are planning your next photo production in this neve-sleep-city. 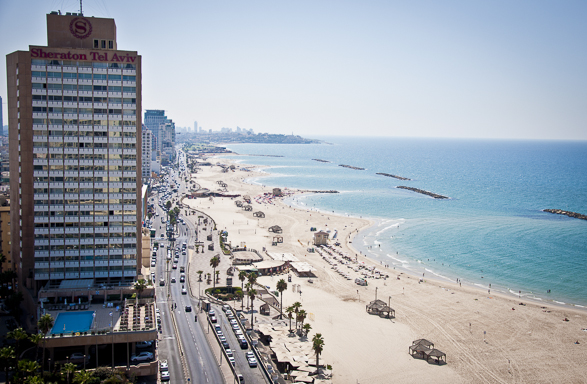 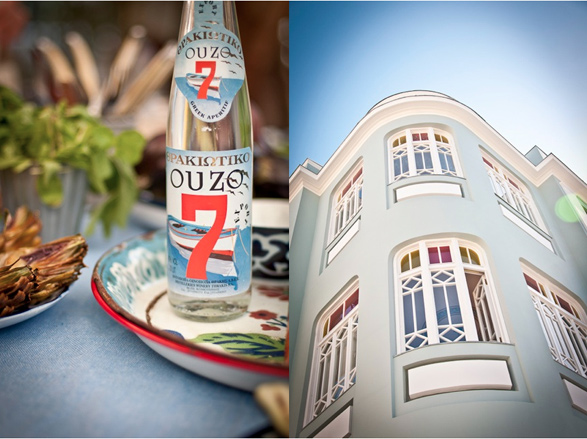 And then, New York, of course.

I love discovering new places, streets, locations, restaurants, bars and so on so forth in the city I live in. Can’t think of anything in specific but I just enjoy these moments when I take my camera out of my bag to capture some of my favorite frames. I can’t sum up New York for this year. New York has been and will always be a great challenging ride. 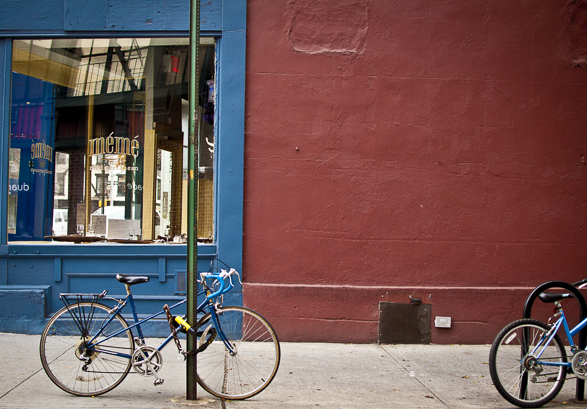 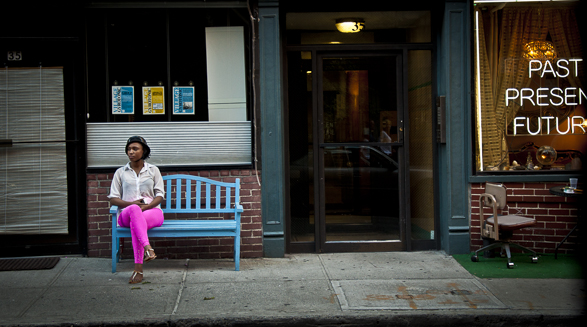 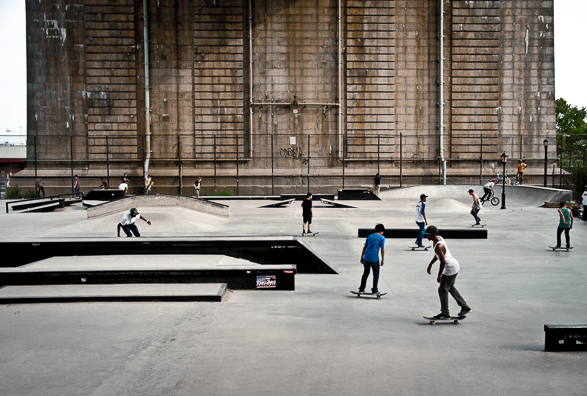 As much as I met new and interesting people and made some new friends, there were few friends who disappeared and few I had to let go. That’s the Nature of  Relationships, I guess, and as I’ve learned from past experience, I shouldn’t regret it. People come and go for a reason.

Starting tomorrow, I’m sure I will read all the yearly horoscope predictions for 2013. I will probably read the Hebrew and English versions as well.

New Year’s resolutions? It might be too presumptuous for now.

Meanwhile, I will take it one day at a time.

Skip Town: Through Their Eyes

My Express Travel Guide to Lisbon; Where to Stay, Shop, Sip, Party and Eat