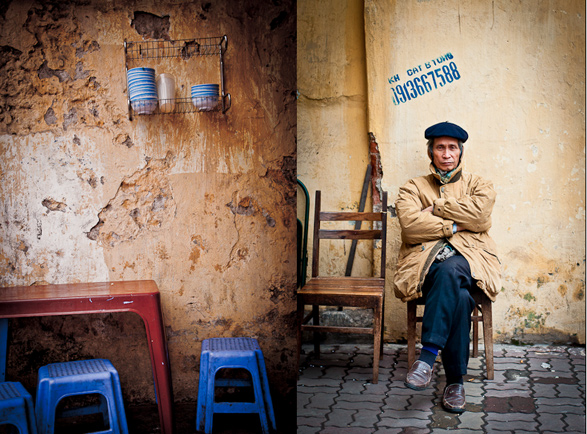 “Never allow yourself to become one of those people who, when they are old, tell you how they missed their chance”

This picture was taken in one of my latest days in Hanoi. I spent almost six full days in this city and I walked its streets and alleys thoroughly, despite the massive traffic. I had an urge to eat bao buns, these delicious steamed buns filled with either pork or sweet beans, as a vegi-version alternative, for vegis like me. But even though Hanoi is filled with Boulangeries, thanks to the shades of a French past, it took me a while to find what I wanted. But eventually I did!

To make a long story short…in one of my searches for French Boulangerie, I came across this guy, who was sitting on a chair trying to have a nap. His eyes were closed before and he was semi-napping I think, but he has just opened them and looked at me when I took that shot. He didn’t say a word. He just stared back.