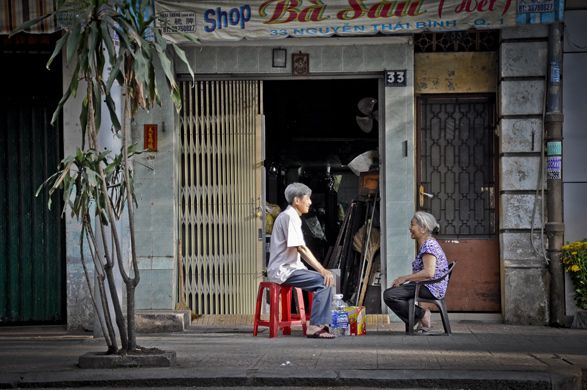 “…If you tell the Truth, you don’t have to remember anything…”

This picture was taken on my second day in Ho Chi Minn. I was just walking around Ben Thanh Market when I saw those two sitting across each other, having (as it looked like) a conversation. I’ve noticed the distance between the two stools and I wondered if it was really a conversation, an argument, maybe a game they were playing. Maybe even some sort of treatment or a game they were playing.

I didn’t want to come closer (even though I was very curious) as I didn’t want to interfere with their dynamics or change the balance. Sometimes, a photographer just need to capture a moment, and the rest is like ‘filling in the blanks’…

What do you think they were talking about?