It was not my first time (I was 20 years old, right after my army service) nor the second time (a trip with my sister after her travels in South America). It was the third time (I was 26 years old and a bit) but this time was not for a visit. This time was to stay.
I remember landing on the evening of December 30th at JFK airport with two suitcases, a camera and a few books. As much as I played it cool and calm, and obviously very excited for one of the greatest adventures of my life, I was also anxious as hell.

I also remember the brief conversation I had with a guy who was sitting next to me on the plane. (after all, it is a common thing we open our hearts to those sitting next to us on the flight, right?) He gave me some basic tips of ‘how to survive the brutal winter in the city’ and one address where I should buy my first NY coat (Paragon).

Today, but 11 years ago, when the immigration officer asked me what was the purpose of my visit, I wanted to tell him that ‘First, I’ll take Manhattan’ but I quickly realized that immigration officers don’t always get my jokes.
I remember on that cold evening of December 30th, I took the Super Shuttle blue van from JFK and handed the driver a note with an address I have never been in. It was somewhere in Kips Bay on the East Side of the city. The taxi winded through Manhattan to get the passengers to their destinations and at some point it crossed the Theater District, just when the crowds spilled out from the theaters to the cold streets. I remember I was so dazzled by all the lights and the flashy signs, that I promised myself not to live in such a busy bustling area.

Well, so I promised! Who knew that a month and a half later I would find a cute apartment in Midtown Manhattan just a few blocks away from the Theater District? And how naive I was to think there are places in Manhattan that are not crowded.

Today, but 11 years ago the days were post-September 11 and the streets of Manhattan were still covered with gray dust. Garbage and debris were everywhere. The walls in Grand Central station were covered with pictures of missing people and those who were lost. Three plus months after the Twin Towers fell down, people were still hoping to find survivors. In those days post September 11 every New Yorker who heard I am an Israeli looked at me with sympathy and tiredness in his eyes as saying ‘Now I really understand what you the Israelis are going through…’

I think the New Yorkers saw a sense of security in me, security that came with my life experience…I really felt safe in Manhattan those days post September 11… but my safety feeling was easily replaced by a chilling discomfort, when I happened to wander into a pro-Palestine demonstration near the UN.

Today, but 11 years ago I was a typical version of a good and naive girl who thought that living abroad is a very brave and courageous thing to do. Since then a lot of things happened. Maybe tons. The naivety slowly faded away and with it I realized that the words ‘Brave’ and ‘Courage’ have so many other meanings.

When I came to New York City a good friend of mine told me that ‘New York sucks you in Sivan, and you can’t really resist its current…just go with the flow..’ and as a swimmer, I know how it works; Just jump into the water and swim.

Since that day, this sentence echoes in my mind me every morning when I wake up. And it doesn’t really matter if I go to swim or not.

Every morning when I come home from the pool, I walk through Columbus Circle and look up at the digital clock of CNN. I check the time, the current temperature and the date.

These daily habits have become part of my life. They make me laugh.

Every year, on the 30th of December, when I look at the date on the digital clock at Columbus Circle I call my sister or my parents to announce the number of years I have been living in New York City. It also became a habit.

Every year, on the 30th of December I look back at the year that has passed and measure all the things I have done. At the same time I also define my goals for the New Year ahead. New Year resolutions they call it here.

Every December 30th. Every year.

Wishing everyone a happy New Year and great New Year’s resolutions. May all your dreams come true

…this is my New York through the years… 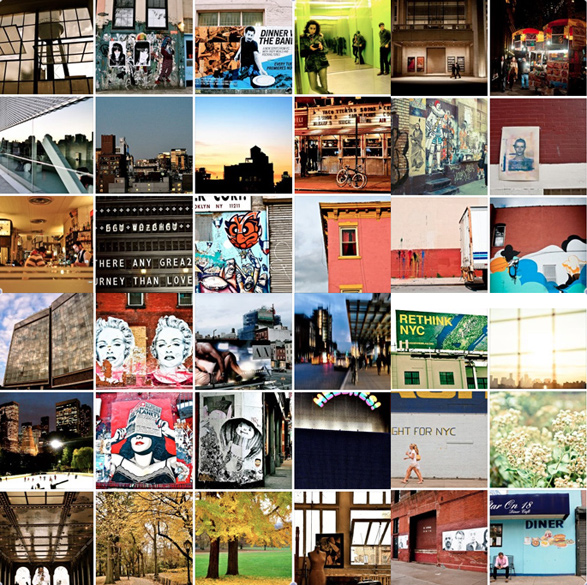 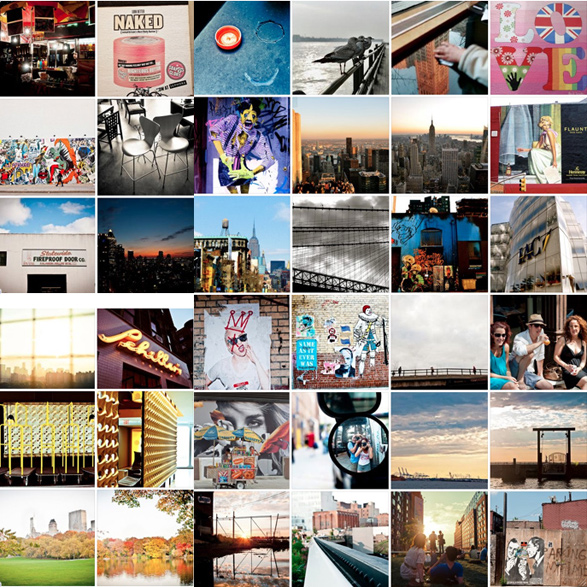