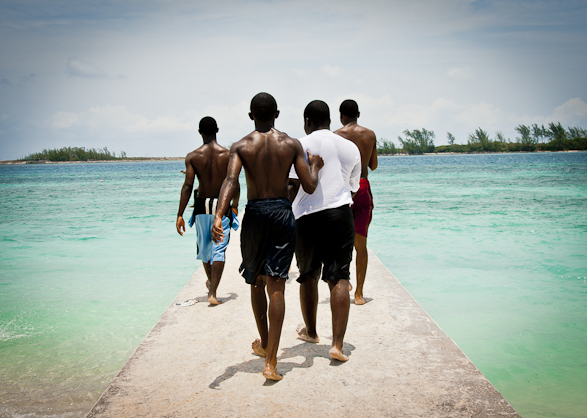 “To go against the dominant thinking of your friends, of most of the people you see every day, is perhaps the most difficult act of heroism you can perform”

This picture always reminds me the Brazilian movie ‘City of God’. Not that I can compare between the two situations (as probably there is no room for comparison) but there was something in the teenagers fast energy, that reminds me the fast-moving energy in the movie I watched so many years ago, but still echos in my mind. The movie tells the story of two childhood friends who grew up in the same violent neighborhood in Rio de Janeiro, but each of them took a different path; one became a photographer, the other a drug dealer.

I was watching these teenager boys goofing and playing around, throwing each other to the water time after time. I followed them with my camera as I wanted to grab their energy, not their attention. This image grabbed me immediately; the way they straighten their backs, they way they walk tall and the confident way they carrying themselves. They were walking like that till they got to the edge of the pier and then they jumped.