A little bit before the month of March, I was contacted by the Photo Editor of FEAST Magazine, who asked me if I could shoot a food story for them while I am in Paris. FEAST is one of the leading food magazines in Australia, and shortly did I learn that food magazines in Australia are like what Fashion magazines are in Italy. The Photo Editor mentioned the three magic words, Rue Du Nil, which, in fact was the first time I have heard about this street. 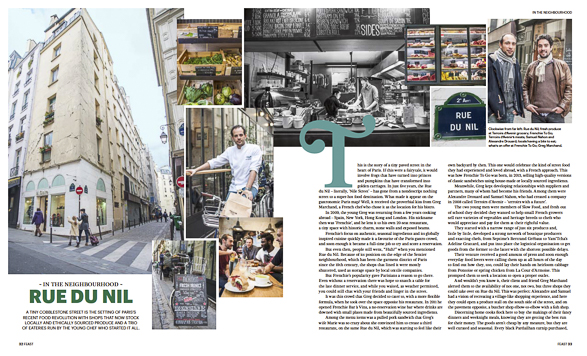 This young chef  is Greg Marchand, ‘who in 2009 was returning from a few years cooking abroad- Spain, New York, Hong Kong and London. His nickname then was ‘Frenchie’, and he lent it to his own 20-seat restaurant, a tiny space with historic charm, stone walls and exposed beams’

Up till then, I personally didn’t know about Rue du Nil and didn’t hear about Frenchie restaurant, I admit. But after two-days shoot in this tiny street in the up and coming Sentier neighborhood, I felt like I’m at home, saying ‘Hi’ to my neighborhood vendors and having my coffee at my favorite place. Was it because all the shops’ owners were working together and knowing each other, was it because the street is so tiny…I felt very welcomed that even when my shoot was over, I stayed and had a coffee or a drink with the shops’ main players. 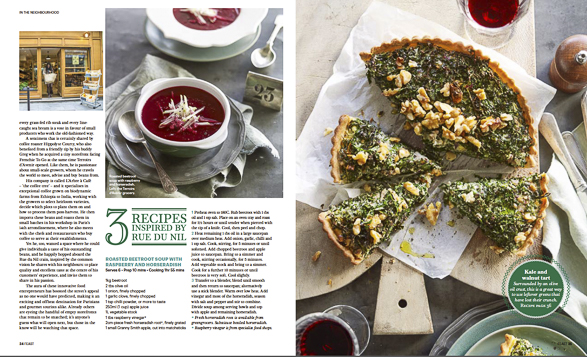 ‘…In 2011 he (Greg) opened Frenchie Bar a Vins, a no-reservation wine bar where drinks are downed with small plates made from beautifully sourced ingredient. Among the menu items was a pulled pork sandwich that Greg’s wife Marie was so crazy about she convinced him to create a third restaurant, on the same Rue du Nil, which was starting to feel like their own backyard by then…this was how Frenchie To Go was born, in 2013, selling high quality versions of classic sandwiches using house made or locally sourced ingredients…Meanwhile, Greg kept developing relationship with suppliers and partners, many of whom had become his friends. Among them were Alexandre Drouard and Samuel Nahon, who had created a company in 2008 called Terroirs d’Avenir– ‘terroirs with a future’…..’

When Greg told them about an availability of some shops in the street, Alexandre and Samuel seized this opportunity and opened three shops side by side; A butcher shop, a fish shop and vegetables and cheese one. I was very impressed by these two young guys and their vision that I found myself having a long conversation with Alexandre (off my shooting hours of course) about the business background and the plans for the future. 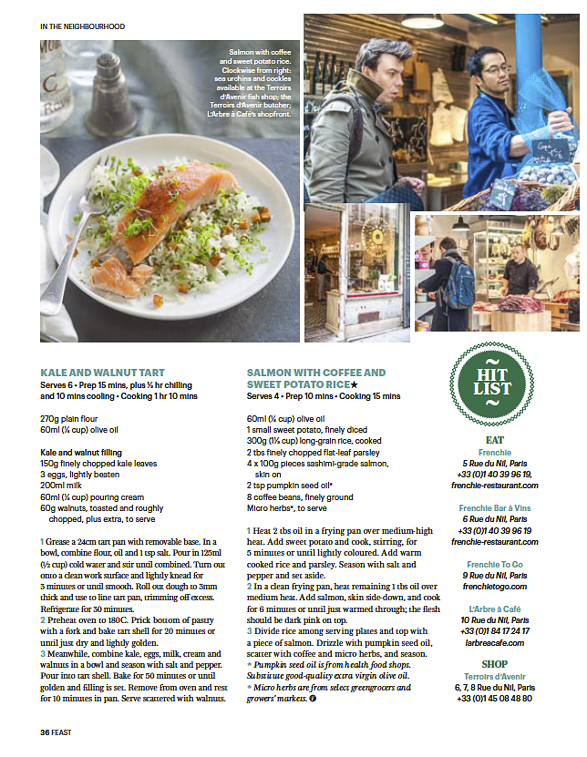 The third location I had to shoot in Rue du Nil was L’Arbre a Cafe, located opposite from Frenchie To Go. Hippolyte Courty, the owner of the company, is a well trained coffee roaster who specializes in exceptional coffee grown on biodynamic farms from Ethiopia to India. As a coffee addict myself who is always in search of a good and quality coffee, I highly recommend L’Arbre a Cafe, The Coffee Tree. In one of my days-off shooting I took the Metro all the way from the 11th Arrondissements to the 2nd, just to have a good cappuccino.

The months of March and April were filled with Food shots assignment, and I found this one about Rue du Nil, one of the most enjoyable experiences I had. The Food, the people, the location, all made it a fun one.

Here are some of my favorite shots of Rue du Nil. 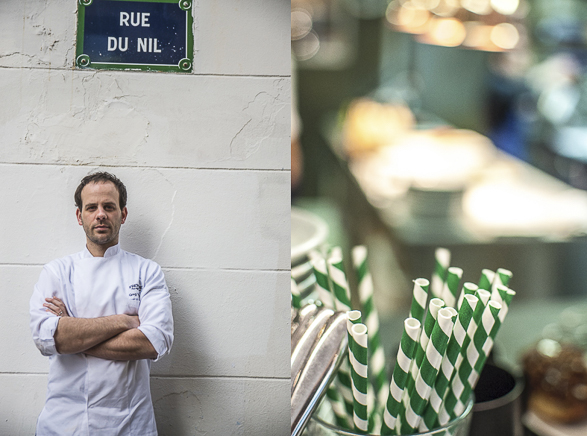 Gregory Marchand, Chef and Owner at the entrance to Rue du Nil 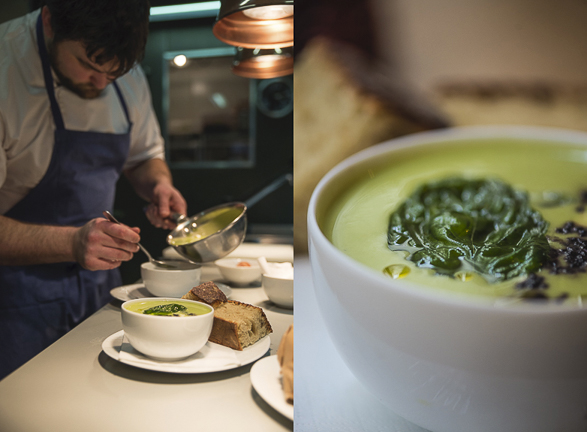 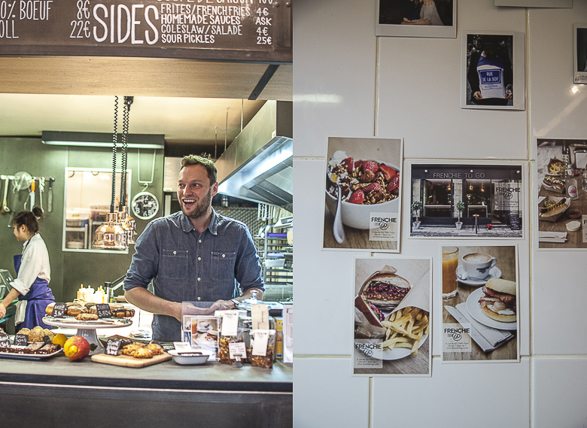 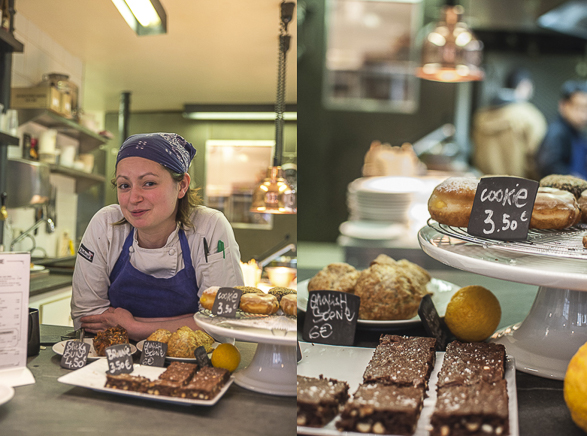 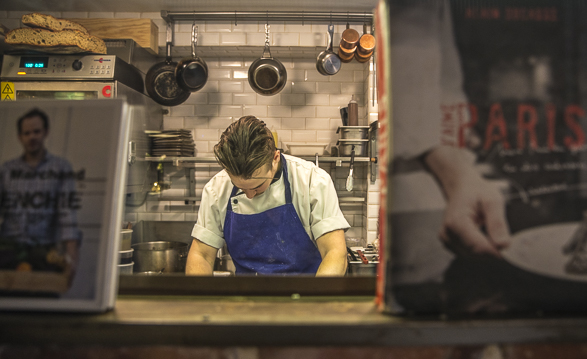 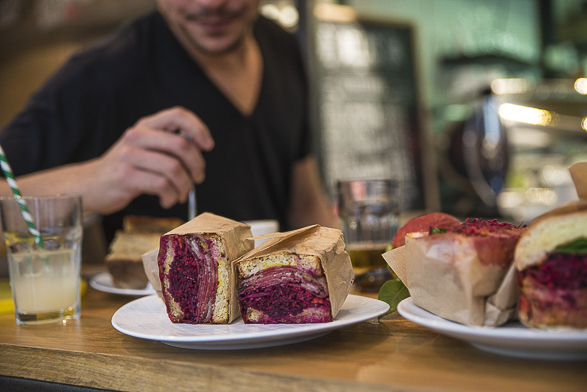 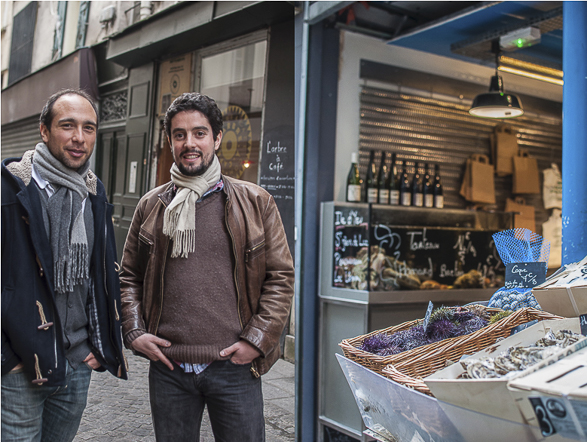 Samuel Nahon and Alexandre Drouard, Owners, at the entrance to the fish shop 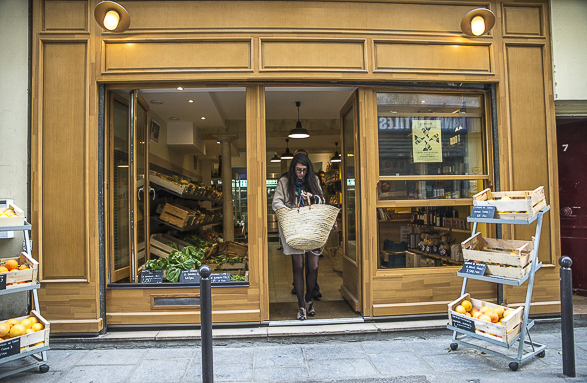 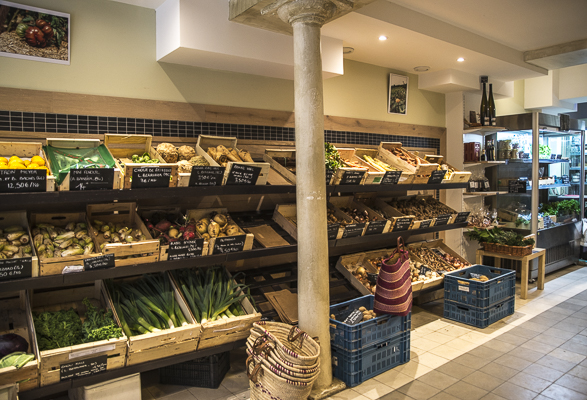 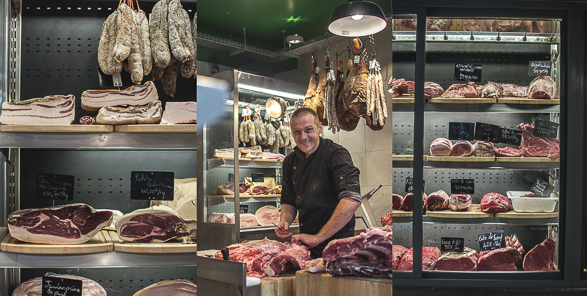 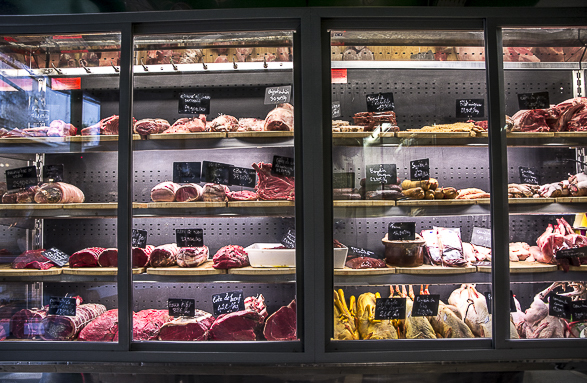 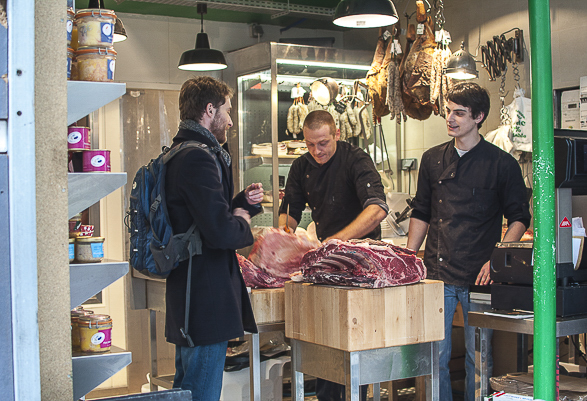 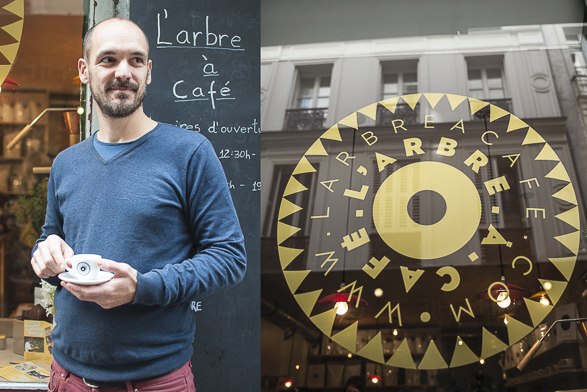 Hippolyte Courty, Owner, at the entrance to his store 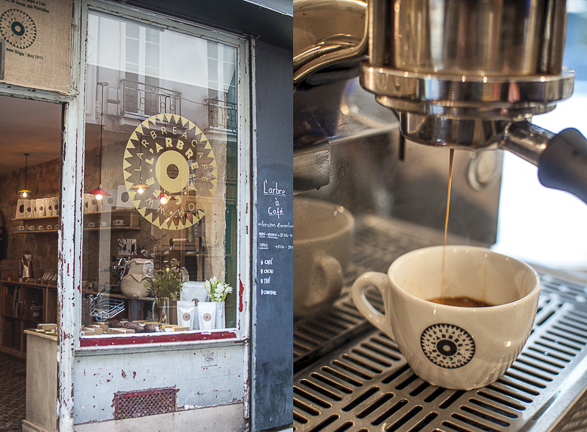 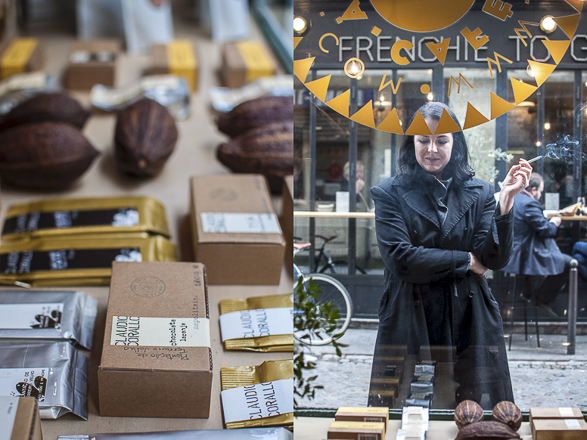