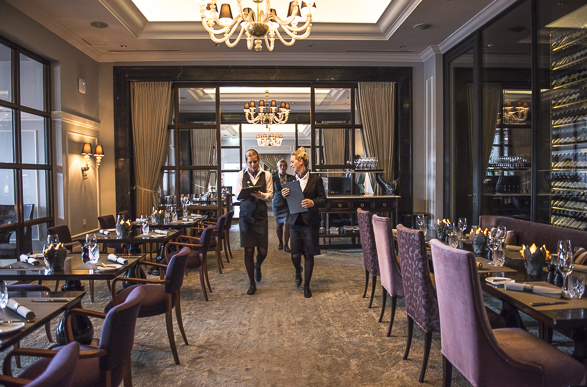 Copenhagen has been high on my travel list for a while now. Being known for its great design scene and the Nordic cuisine, I didn’t know what to expect before going there. When I kept spreading the word I was about to travel to Copenhagen, a colleague of mine who is working in the PR and Tourism industry has suggested me to visit Hotel d’Angleterre when I am there. Not only that, but he also connected me to the lovely PR and communication manager of the hotel, who was generous enough to give me a grand tour on location.

The Hotel d’Angleterre is situated in the heart of Copenhagen’s fashionable Kongens Nytorv Square, steps from the Royal Danish Theater, the Nyhavn Canal and the famous shopping street, Strøget. With its recent most ambitious restorations in Danish history, the hotel is as elegant and sophisticated as the surrounding streets.

The story of Hotel d’Angleterre began in the 17th century when Jean Marchal, a servant of the royal court, and Maria Coppy, daughter to the royal chef, fell in love. In 1755 they established a restaurant on the King’s Square (Maria was known for her culinary ability) which later grew into a Palace and ultimately, the Hotel d’Angleterre. With a longstanding tradition of hospitality, the hotel became the premier social destination and over the years has hosted the world’s visiting royalty, dignitaries and celebrities who visited Copenhagen.

The original hotel structure was the neoclassic residence of Count Ahlefeld and the hotel as it stands today was designed by the Danish architect, Jens Vilhelm Dahlerup in the mid 1870’s. (Dahlerup designed numerous other iconic landmarks in Copenhagen, including the Royal Danish Theatre). 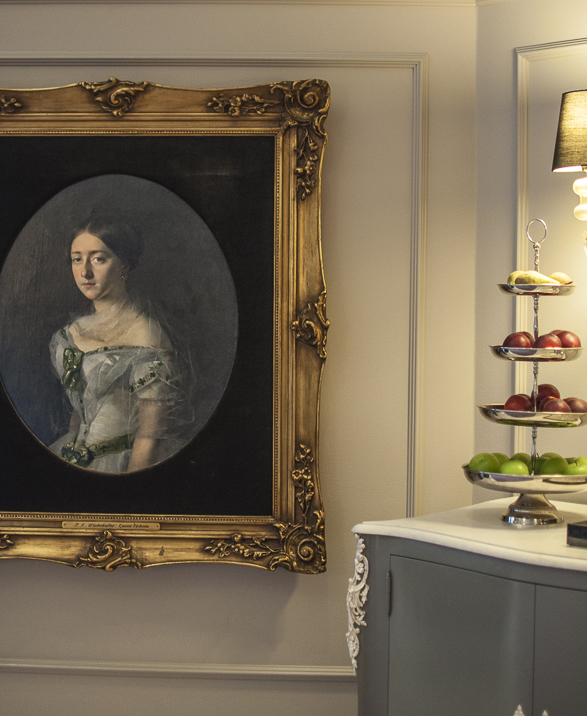 The renovated hotel is featuring 90 rooms including 60 suites with spacious bathrooms and balconies. With pistachio-colored silk curtains (to allow the light coming in) and purple tones for the sofas and the beddings, the rooms convey elegance.

The stunning 250 square-meter Royal Suite features a grand balcony overlooking Kongens Nytorv Square and The Royal Theater, it has a dining room for 10 guests and a spectacular fireplace.

As the hotel has hosted countless historic events including formal galas, weddings, diplomatic assemblies and royal occasions,  the historic Palm Court and Louis XVI Ballroom continue to be the most desired entertaining space in Copenhagen these days.

If you are visiting the hotel, make sure to pick inside the Palm Court. It is a stunner. 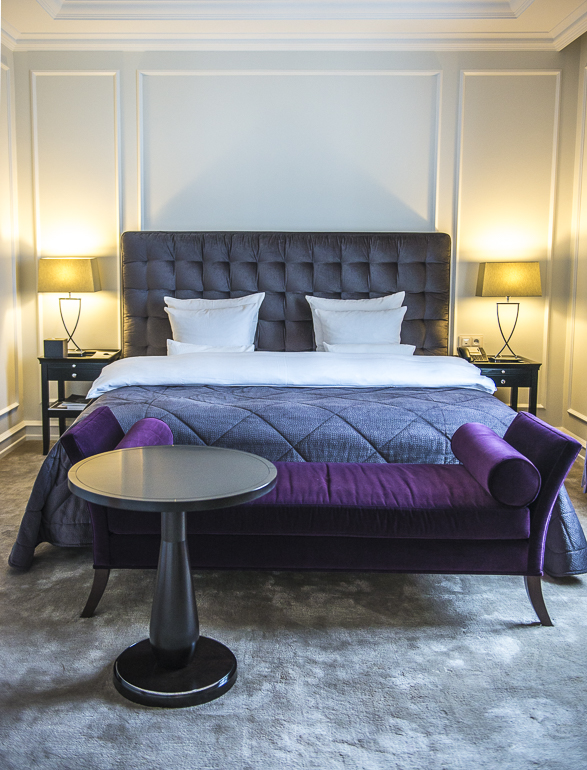 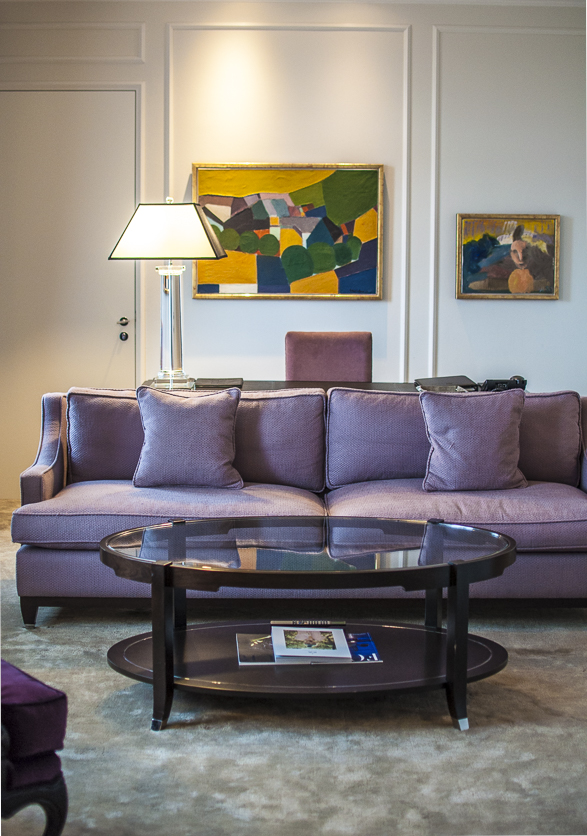 I was lucky enough to have lunch with my mom in Marchal restaurant. While my mom was so impressed with dining in a Michelin Star restaurant, I was heels over head with the fact I could shoot the amazing photogenic dishes and take a portrait of Ronny Emborg, the head chef, who was just nominated as a Michelin Star chef for the second time. But wait. There is more! Ronny himself walked to our table and served us with a marvelous dessert. I couldn’t ask for more.

We had Fjord Shrimps with tomato juice, dill and acidic cream

and two kinds of desserts;

Creme Anglaise with Sorbet Granite, tarragon emulsion and sorbet on celery (mind you, Ronny made it especially in front of us)

I wish I was a food critique who knows how to describe the rich and various flavors of the dishes, but I hope the images of food can speak louder than the words.

You can make your booking in advance here. 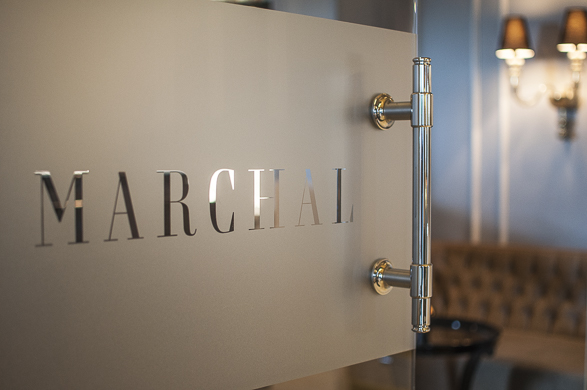 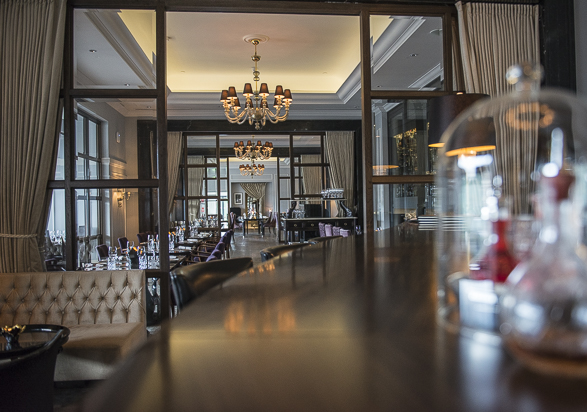 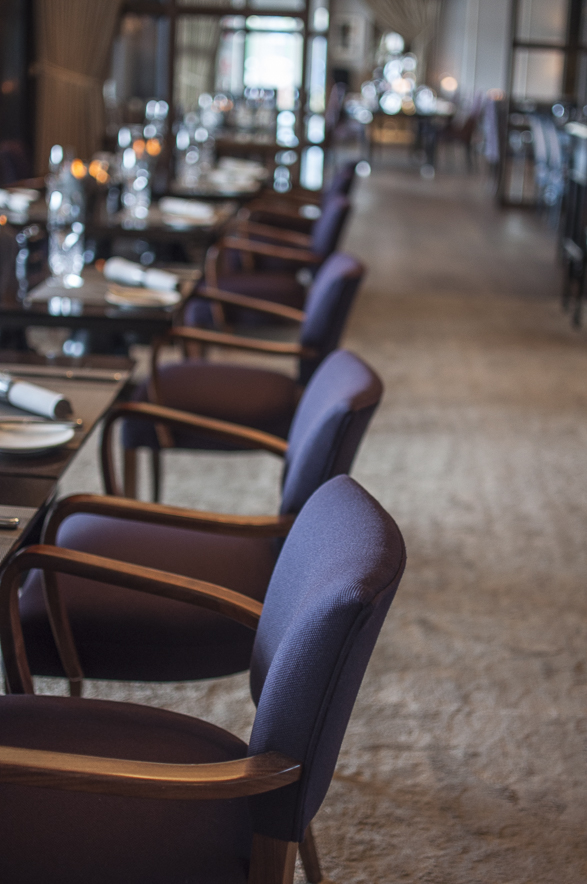 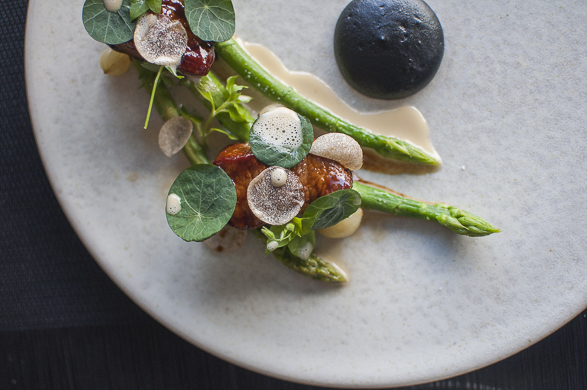 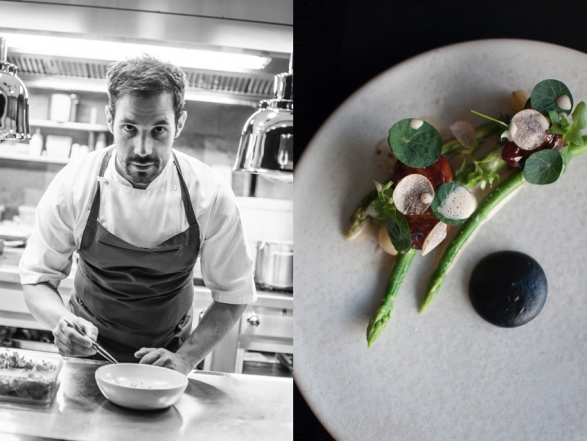 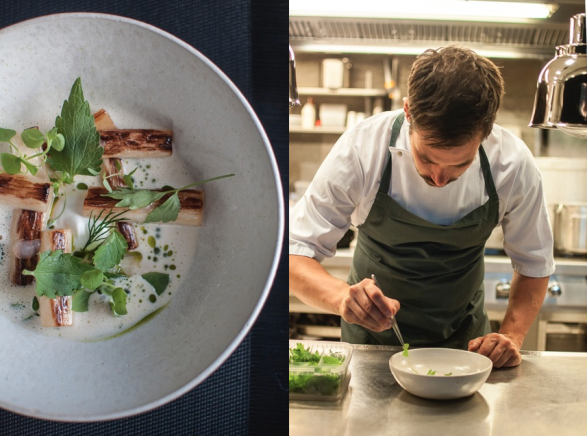