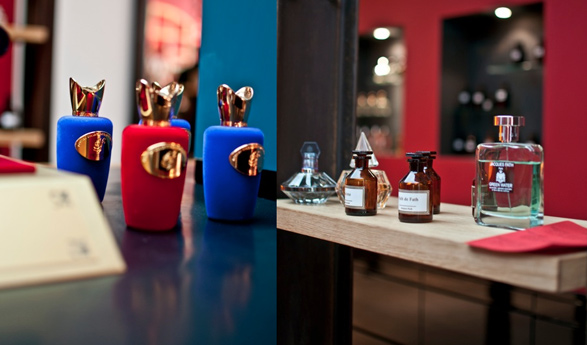 Not that Paris is in shortage of any perfumes stores. On the contrary. There are so many. It seems that every other store, including clothing stores, home decor stores and even patisseries, are having their own line of perfumes.

In Rome act like Romans do and in Paris get perfumed as Parisians. Right?

As much as Paris is packed with perfumes stores, there is always a room for one more; Jovoy Paris, which was opened in Paris at the end of March and focuses on rare, exclusive and limited edition perfumes.

The man who stands behind Jovoy Paris, is the charming perfumer, François Henin, who started his way in Vietnam. His mission was to explore the natural olfactive riches of Vietnam and to set up a pilot distillation factory on the Chinese border. He traveled through Asia for four years, selling flavors, fragrances and raw materials to local businesses. On 2010 he returned to Paris with a project in mind: to acquire a forgotten perfume house in order to present beautiful, rare and limited edition fragrances. That was the first Jovoy perfumery he opened in Paris. The success was immediate and the Parisian women ran to the store. After all, who doesn’t want to smell a bit different than others?

It happened that I visited the new Jovoy’s location in rue de Castiglione the day of its grand opening and lucky me, the charming François Henin himself was walking around, explaining about Jovoy’s concept and told me some stories and anecdotes behind some of the perfumes. ‘Rare perfumes are usually small houses run by a perfumer, who is committed to using raw materials that are noble, natural and sometimes exclusive. They don’t have high sales targets but they resonate with consumers who really know and love perfumes, as well as those who are quite disappointed with the ‘muse’- oriented fragrances, that are the product of a too-wide distribution’

Aside from the wide selection, which is both original and quality-minded, I love the way Jovoy features its perfumes. Whereas in traditional shops the saleswoman is spraying the perfume on a smelling paper (and what you smell is actually the alcohol that ‘burns’ the nose), Jovoy uses glass domes to cover the little brown tester bottles, in order to capture the perfume’s true scent. It is actually allowing the customers to get a better idea of the fragrance’s real scent without the inconveniences of the alcohol.

But beside the little domes, the colorful perfumes bottles and obviously, the heavenly scents, I also love the way the new space is designed; The red walls, the warm colored shelves in the middle of the store, where costumers could pass both sides and the vintage touch of some of the displayed tables, gave Jovoy a very Parisian chic, yet conceptual high-class store.

Among the rare perfumes that can be found are; Amouage, Andy Tauer, Heeley, Humiecki and Graef, Masaki Matsushhima, Undergreen, Puro, Xerjoff  and so many others I’ve never heard off.

Next time you are in Paris, include Jovoy store in your schedule. definitely a great way to experience Paris. 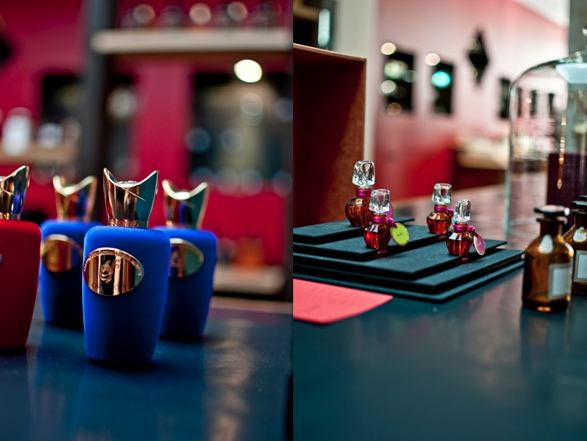 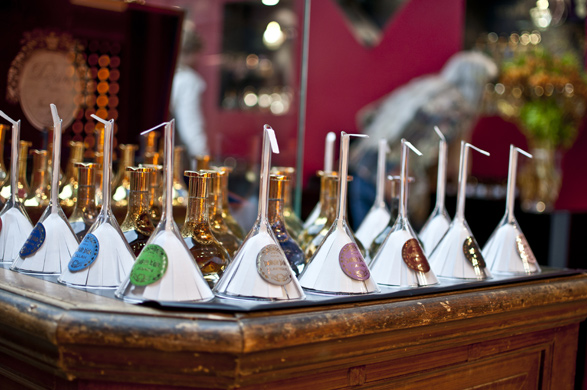 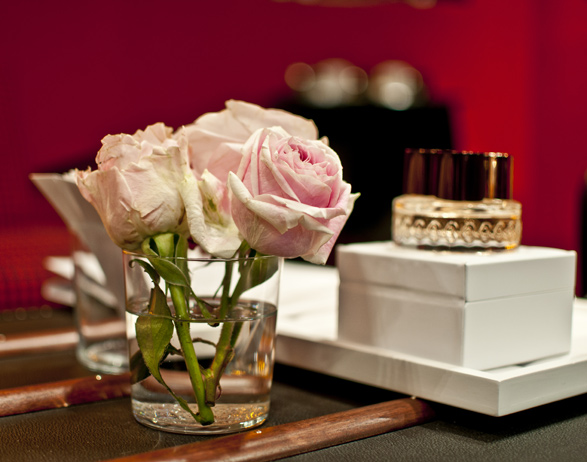 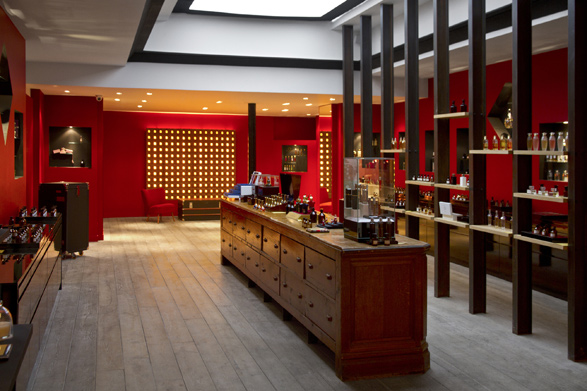